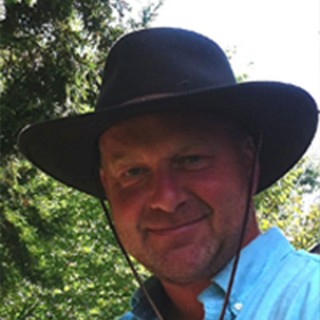 Tim Shank is a deep-sea biologist and a tenured associate scientist in the Biology Department at the Woods Hole Oceanographic Institution.  His research focuses on the ecology and evolution of fauna inhabiting deep-ocean hydrothermal, seamount, canyon and hadal/trench systems.  Tim received his undergraduate degree in Biology and German from the University of North Carolina at Chapel Hill, worked two years with award-winning papers in genetic toxicology at the Environmental Protection Agency, and received a PhD in Ecology and Evolution from Rutgers University in 1998.  He is the lead investigator of the NSF-funded international Hadal Ecosystems Studies (HADES) program.  He is recognized for his research into the ecological and evolutionary factors that affect the evolution of diverse deep-sea species.  He has conducted more than 55 scientific expeditions in the Arctic, Atlantic, Pacific, and Indian Oceans, and has completed more than 50 dives in Alvin, and more than 200 dives with autonomous underwater and remotely-operated vehicles, including the first use of a hybrid ROV (Nereus) in the oceans deepest trenches.  Tim was a lead science advisor and integrally involved in developing the scientific capabilities and readiness of the full ocean depth (11km) Nereus.  He is the author or co-author of more than 100 scientific papers, and was recently appointed Director of the Ocean Exploration Institute at Woods Hole Oceanographic Institution.  He has served on numerous scientific panels and national and international committees, leading to research, conservation and management guidelines for seamount and chemosynthetic ecosystems, oil spill response efforts, international initiatives, and setting international priorities for deep-ocean exploration and research.  His research in hadal systems is focused on the determination of invertebrate community composition and diversity as well as the genetic evolution of fauna and connectivity of trench and abyssal populations to determine the extent to which hadal depths and topography promote the formation of species.