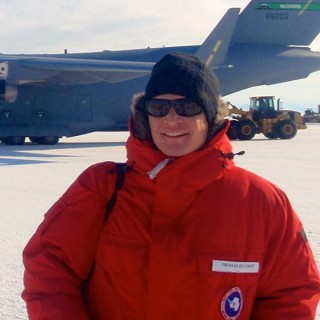 His dissertation work focused on the spatial distribution of small-scale turbulent mixing in the deep ocean and how this influences the global ocean circulation, and ultimately the Earth’s climate. He continues to be fascinated by the uncanny link  between small-scale turbulent mixing occurring on centimeter scales and the ocean circulation spanning many thousands of kilometers. His research has given him the opportunity to explore the Pacific Ocean from Hawaii all the way down to McMurdo Station, the U.S. Antarctic research center, by way of Tahiti, Chile, New Zealand and Samoa.

He is looking forward to exploring the turbulent mixing engendered by the tidally driven hydraulic jump over Ka’ena Ridge between Oahu and Kauai. This feature had been noted in a previous experiment but has not been studied in detail. Thomas will be helping Professor Glenn Carter (UH) with the deployment of the VMP (Velocity Microstructure Profiler), a highly specialized instrument capable of measuring velocity fluctuations at centimeter scales required to estimate the strength of the turbulence.