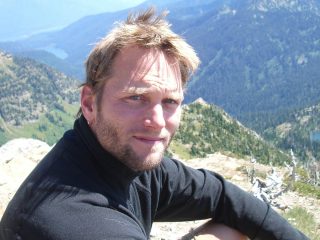 Taylor Chapple is a research scientist at Stanford University working to increase our understanding and appreciation of sharks on the local and global scales. His research, initially focused on estimating abundance and status of data-limited species, now includes studies on the movements, energetics and behavior of highly nomadic species, notably the white shark. Taylor’s work with White sharks in the Northeast Pacific resulted in the first robust estimate of white sharks anywhere on the globe. Taylor is focused on shifting the current mantra from fear and apprehension of sharks to one of awe and inspiration- there is more to sharks than just pointy teeth. Taylor has led expeditions in the Indian, Atlantic and Pacific Oceans, engaging people through television, magazines and technology, to think differently about the predators in their backyard.

On this expedition to the White Shark Café Taylor will be deploying Baited Remote Underwater Video Stations (BRUVS) to help determine the composition and distribution of predators in the Café. Using BRUVS in combination with an extensive white shark photo-identification database he will also be studying the connectivity between white sharks in the Café and coastal aggregations. He will also be attaching non-invasive biologging camera tags to large marine predators to gain a predator-eye view of the café as well as learn important behavioral and physiological characteristic of animals in the Café.