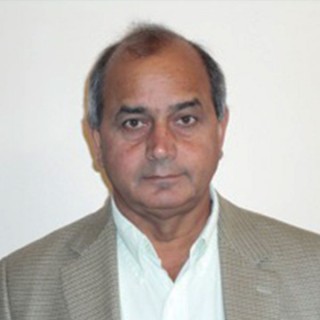 Professor Satish Singh was born in Varanasi, India and completed his education at the Banaras Hindu University, Varanasi, India and University of Toronto, Canada. After spending two years at the Institut de Physique du Globe de Paris, he joined the University of Cambridge in 1990, where he led the development of a strong theoretical seismology group that formed the foundation of LITHOS in 1998, a consortium of oil companies that he ran until 2012. He moved to the Institut de Physique du Globe de Paris in 1999, and led the creation of new Marine Geosciences Department that he directed until 2008. He also created the French Ocean Bottom Pool that he led from 2001 to 2010. In 2012 he was awarded the French National Research Agency (ANR) Industry Chair, which has been co-sponsored by TOTAL, Schlumberger and CGG.

He was visiting professor at the Woods Hole Oceanographic Institution in 2004 and has been a frequent visitor (1996, 2007, 2009, 2010, 2012) at the Scripps Institution of Oceanography, La Jolla, California as a Cecil Green Scholar. Although he moved to Paris in 1999, he was a Principal Research Fellow position at the University of Cambridge. Recently, he was appointed a Visiting Professor at Nanyang Technical University.

He has published over 135 papers in peer-reviewed journals, including ten in Nature and Science. He has supervised over 50 Ph.D. students and post-doctoral researchers. He was elected AGU Fellow in 2010, and awarded the Grand Prix by the French Academy of Sciences in 2011. In 2013, he was awarded the prestigious award of the European Research Council Advanced Grant to study the Lithosphere-Asthenosphere Boundary across Atlantic Ocean.

Professor Satish Singh has a very broad research interest in geophysics, covering theoretical developments, design of innovative field experiments, analysis and interpretation of a variety of geophysical and geological data using advanced techniques. After the 2004 great Sumatra Andaman earthquake, Singh launched an ambitious research program, which was not just funded by government funding agencies, but also by industry that provided their best technology to image the faults and rupture zone.