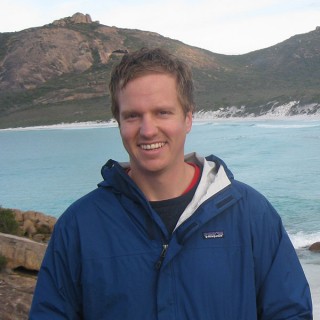 Dr. Sam Kelly is an assistant professor at the University of Minnesota–Duluth, Large Lakes Observatory and Dept. of Physics. He received his BA in Physics from Carleton College and his PhD in physical oceanography from Oregon State University. He has spent his career observing and numerically modelling internal-tide generation, propagation, and scattering–first on the Oregon continental slope as PhD student, then on the Australian North West Shelf as a postdoc at the University of Western Australia, and then in the Middle Atlantic Bight as a postdoc at the Massachusetts Institute of Technology. Since joining the Large Lakes Observatory, Sam has also been studying wind-driven internal waves in Lake Superior and Lake Malawi.