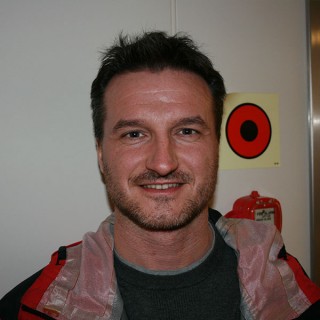 Paolo Montagna is a researcher at the Institute of Marine Science (ISMAR-CNR) in Bologna with interests in the geochemistry of biogenic carbonates for palaeoclimate reconstructions and biomineralization studies. He obtained his PhD in Earth Sciences from the University of Padova (Italy) in collaboration with the Australian National University. He was awarded a three year post-doctoral Marie Curie International Outgoing Fellowship, for which he spent two years at Lamont-Doherty Earth Observatory at Columbia University and one year at the Laboratoire des Sciences du Climat et de l’Environnement in Gif-sur-Yvette. Dr Montagna’s research focuses on the development and application of geochemical proxies to address fundamental problems in palaeoceanography and palaeoclimatology. This includes the analysis of minor and trace elements, as well as stable (11B/10B) and radiogenic (143Nd/144Nd, 87Sr/86Sr, 230Th/U) isotopes in shallow and deep-water coral skeletons. He has participated to 15 oceanographic missions (one as Chief-Scientist and one as Co-chief Scientist) in the Mediterranean Sea, Atlantic Ocean, and the Ross Sea off Antarctica. A remotely operated vehicle was used during 8 cruises including Antarctica, for underwater video survey (habitat mapping) and sampling benthic carbonate faunas. Through these research opportunities, Paolo Montagna has gained extensive knowledge and experience in offshore CTD-Rosette seawater sampling and analyses, deep-sea coral environments, and coral geochemistry.