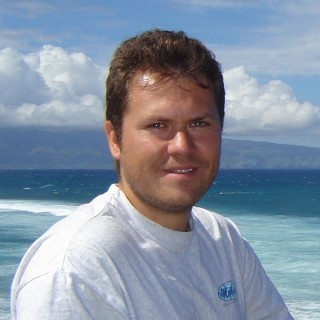 Dr. Olivier Rouxel is a geochemist at theFrench Research Institute for Exploitation of the Sea (Ifremer) who has dedicated his career to studying metal isotopes in marine environments. Dr. Rouxel defended his PhD in 2002 at the “Institut National Polytechnique de Lorraine”, and, after a postdoctoral appointment at the University of Cambridge in England in 2003, he received a WHOI postdoctoral scholar fellowship award. Between 2005 and 2010, Dr. Rouxel was employed as a Research Scientist at the Woods Hole Oceanographic Institution (USA) in the Department of Marine Chemistry and Geochemistry. In 2009, he returned to France to hold the International Chair in Deep Sea Environments at the University of Brest and the Institut Universitaire Européen de la Mer (IUEM).  In 2011, Dr. Rouxel joined IFREMER as a Research Scientist.

Dr. Rouxel’s main research involves the analytical development and use of non-traditional stable isotopes for the study of the biogeochemical cycling of metals and metalloids in natural environments. A central interest is the use of stable isotopes to investigate mineral-seawater and potential microbial interactions during alteration of the oceanic crust and in seafloor hydrothermal systems. He is also investigating a range of geochemical proxies in sedimentary rocks as tracers of past oceanic changes and geochemical cycles. More recently, he initiated the study of iron and other metal isotopes in seawater to improve understanding of how metals are mobilized from source regions, and transported into the coastal and deep ocean and recycled within the water column.  Over the last 10 years, Dr. Rouxel has participated in several US and French cruises with ROV’s (JasonII, Victor) or AUV ‘s (Alvin or Nautile) exploring the mineralogy, chemistry, geology and microbiology of several seafloor hydrothermal systems along the mid-oceanic ridges, back-arc basins and volcanic seamounts.