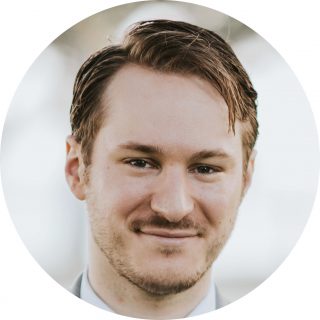 Nathan Laxague has lived by the ocean his entire life, growing up in a small town on the Maine coast and spending his undergraduate and graduate years in Miami, Florida. He now resides in New York, New York, working as a Postdoctoral Research Scientist at Lamont-Doherty Earth Observatory of Columbia University.

In 2016, he received his Ph.D. in Applied Marine Physics from the University of Miami. His dissertation research was centered around ocean surface gravity-capillary waves (wavelengths of order one centimeter) and the role they play in physical air-sea interaction. In the course of this research, he was able to spend a good deal of time at sea in the Gulf of Mexico making observations of wind forcing, ocean surface waves, and near-surface ocean currents. This work, done as part of the Consortium for Advanced Research on Transport of Hydrocarbon in the Environment (CARTHE), was motivated by an interest in understanding the transport of buoyant pollutants like spilled oil.

Since arriving at Lamont-Doherty Earth Observatory, he has continued his study of physical air-sea interaction and expanded in scope to make use of unmanned aerial vehicles (UAVs). He is a participant in the Ikaaġvik Sikukun project, a unique endeavor which seeks to describe air-sea-ice dynamics in the Arctic by connecting physical observations with local traditional knowledge. His work on the R/V Falkor takes this experience with UAV-based observations and applies it to the study of the sea surface microlayer’s role in ocean-atmosphere interactions.