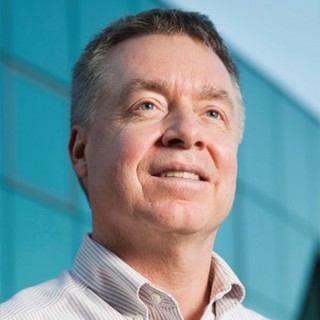 Professor Mike Coffin, Executive Director of the Institute for Marine and Antarctic Studies at the University of Tasmania, is a marine geophysicist. His research expertise encompasses interactions between the oceanic environment and the solid Earth. Educated at Dartmouth College (AB) and Columbia University (MA, MPhil, PhD), he has pursued an international career that reflects the boundless nature of the global ocean. Following university studies, he has worked at Geoscience Australia (1985-1989), the University of Texas at Austin (1990-2001), the University of Tokyo (2001-2007), the Japan Agency for Marine-Earth Science and Technology (2002-2003), the UK’s University of Southampton and National Oceanography Centre (2007-2010), and the University of Tasmania (2011-present). He has also held visiting positions at Dartmouth College (1982), the University of Oslo (1992, 1996), Geoscience Australia (2000), France’s University of Strasbourg (2001), and the University of Hawaii (2002). From 2003-2005, he served as the inaugural chair of the Science Planning Committee of the Integrated Ocean Drilling Program (now the International Ocean Discovery Program), the largest international program in the earth and ocean sciences, and among the largest in any scientific discipline. Professor Coffin has lead or participated in 29 blue-water research expeditions at sea, focusing mainly in the Southern, Pacific, and Indian oceans. This expedition on R/V Falkor constitutes his sixth voyage to the Ontong Java Plateau.