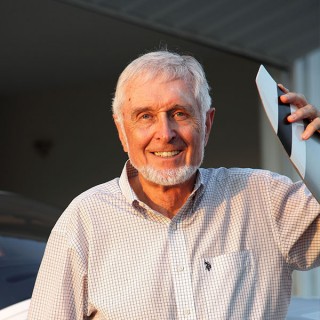 Michael J. Buckingham is a Distinguished Professor, specializing in ocean acoustics, at the Marine Physical Laboratory, Scripps Institution of Oceanography, University of California, San Diego. Prior to joining Scripps, he was an Individual Merit Senior Principal Scientific Officer at the Royal Aerospace Establishment, U.K, during which time he served as the U.K. National Representative on the Scientific Committee of the Marine Science and Technology (MAST) Programme, Commission of European Communities, Brussels, Belgium. For two years, he was attached to the British Embassy as an exchange scientist at the Naval Research Laboratory, Washington, D. C. Dr. Buckingham has held Visiting Professor appointments in the Department of Ocean Engineering, Massachusetts Institute of Technology, and the Institute of Sound and Vibration Research, University of Southampton, U.K.. He is currently a Visiting Professor at the National Key Laboratory of Science and Technology on Sonar, Hangzhou, China.