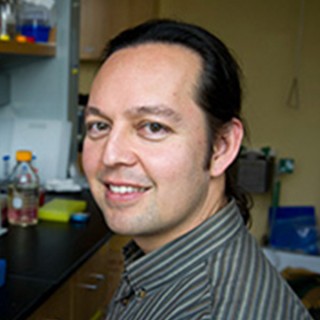 Dr. Mak Saito, the Chief Scientist for this expedition, is an Associate Scientist in the Marine Chemistry and Geochemistry Department at the Woods Hole Oceanographic Institution in Woods Hole Massachusetts. His research interests include the global biogeochemical cycling of chemical elements and using that knowledge to promote sustainable human economies. The Saito laboratory studies the interactions between metals and microbial life using a combination of cutting-edge analytical chemistry and proteomic technologies.

Recently, the Saito laboratory developed a new diagnostic method called “targeted metaproteomics” that can be applied to complex communities of microbes (or microbiomes) in natural environments such as the oceans. This method was adapted from proteomic technologies used to detect disease biomarkers in human cancer patients. Dr. Saito has also been involved in large scale ocean surveys of trace metal micronutrients, such as those of the GEOTRACES program. Micronutrients are important in influencing marine microbes and their impact on the global cycling of carbon. While the role of iron has been recognized for several decades, the Saito lab has contributed to a growing recognition that other trace nutrients such as cobalt, zinc and vitamin B12 also influence the composition and growth of the microbial community. Recently, his laboratory has been combining measurements of trace metals in seawater with the development of proteomic tools described above to diagnose microbial deficiencies in nutrients and their role in biogeochemical cycling in oceans. For example, during an expedition in 2011, Saito and colleagues used the targeted metaproteomic method to diagnose the limiting nutrient for the most abundant microbe, Prochlorococcus, across a 4,500 kilometer region of the Central Pacific Ocean.

Dr. Saito received his Ph.D from the MIT-Woods Hole Joint Program in Chemical Oceanography, and did his postdoctoral and undergraduate studies at Princeton University and Oberlin College, respectively. He was awarded a Moore Foundation Marine Microbial Investigator Award and was named a Kavli National Academy of Science Fellow in 2012. He has been Chief Scientist of six oceanographic research cruises and Antarctica field campaigns prior to this expedition. Research activities for this expedition are funded by the Gordon and Betty Moore Foundation and the National Science Foundation.