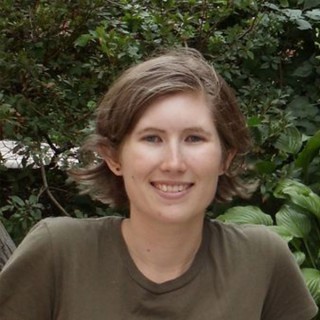 Lucy has a B.A. in History (2009) and a B.Sc.(Hons) in Microbiology (2010) from the University of Canterbury in Christchurch, New Zealand. Her Honours thesis focused on comparing the ecophysiology of rock-living bacteria and fungi from the Antarctic Dry Valleys to similar species from the foothills of the Southern Alps in New Zealand.

Between her undergraduate and postgraduate work, she worked on human and animal genetics projects as a research assistant in the University of Otago (Christchurch) School of Medicine. She came to UMass Amherst to begin her Ph.D. in 2010 with a Fulbright Graduate Award. In 2011 she was awarded a NASA Earth and Space Science Fellowship to fund her current research into the bioenergetics of methanogenic archaea and thiosulphate-reducing bacteria and modeling habitability at hydrothermal vent sites using bioenergetic data. This will hopefully result in better modeling of potential habitability at target extraterrestrial sites for astrobiology research.

Her areas of research interest include astrobiology, bioenergetics, microbial ecology, and extremophiles. She blogs about life in America at Perplex Me Not, and also enjoys culturing nitrifying bacteria at home, or as it’s better known, keeping tropical fish.