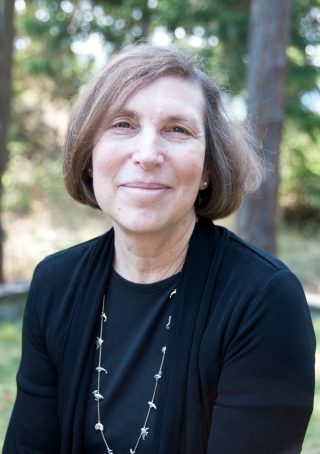 Lisa Levin is a Distinguished Professor at the Scripps Institution of Oceanography, University of California, San Diego, and served as the Director for the Center for Marine Biodiversity and Conservation from 2011-2017.  Levin received her B.S. from Radcliffe College and earned her Ph.D. at Scripps Institution of Oceanography. Following 9 years as a professor at North Carolina State University she joined the Scripps faculty in 1992. Levin’s research interests include biodiversity of deep-sea continental margin ecosystems including chemosynthetic ecosystems and oxygen minimum zones, the influence of ocean deoxygenation and ocean acidification on upwelling ecosystems, wetland structure and function in the context of invasion, restoration and water re-use, and connectivity in coastal ecosystems. Levin’s deep-sea research has been conducted on the margins of the Pacific, Indian and Atlantic Oceans using ships, submersibles and remotely operated vehicles (ROVs) to sample and conduct experiments. She has participated in over 45 oceanographic expeditions around the world and served as Chief Scientist on many of these. Dr. Levin is founder and co-lead of the Deep-Ocean Stewardship Initiative, which seeks to integrate science, technology, policy, law and economics to advise on ecosystem-based management of resource use in the deep ocean and strategies to maintain the integrity of deep-ocean ecosystems within and beyond national jurisdictions. She is also science co-lead for the Deep Ocean Observing Strategy, dedicated to coordination of deep ocean observing programs to address science and societal needs into the future.