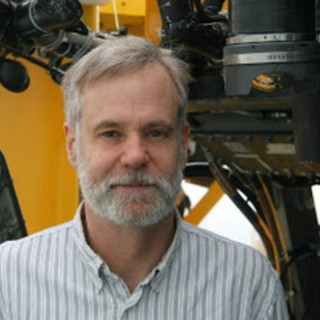 Kevin is with the University of Washington/Joint Institute for the Study of the Atmosphere and Oceans and is now on his 72nd research cruise over the last 35 years.  He will be analyzing vent fluids for sulfide, ammonium, and silica onboard, and then later determining trace elements back at the lab.  He was aboard the recently concluded RV Thompson cruise to Axial Seamount.  A special interest of his is detecting and quantifying gold in hydrothermal vent fluids.