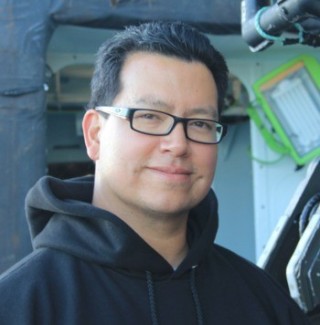 Jonathan (Jon) is an Electrical Engineer for the ROPOS System with Highland Technologies/Canadian Scientific Submersible Facility.  During the deployment, he will be acting as both a pilot and electrical technician for the ROV.  He has over five years of experience with the ROPOS system, primarily in supporting its electrical, telemetry, and power systems.

A graduate of the University of Victoria in Electrical Engineering, Jon has a background in VoIP and passenger train control systems design. He resides in Victoria, BC, with his young family and dog Cooper (unofficial ROPOS mascot!).