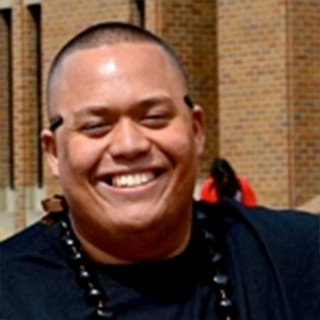 Harrison Togia is currently a graduate research assistant at the University of Hawaii in the Department of Geology and Geophysics. Born on Fort Lewis Army Base in Washington State, he was raised into a strict military family in the Parkland area of Tacoma. As a youth his interests were in mathematics and the sciences, however it was not until his Father returned from 20 years of active duty that he was encouraged to excel in the STEM fields.

After graduating high school, h began his freshman year at the University of Washington with the intent of acquiring an undergraduate degree in mechanical engineering. After spending the majority of his freshman year adjusting, his sophomore year was abruptly interrupted by family tragedy.

In the summer of 2011 he was given the opportunity to intern with Congressman Eni Faleomavaega in Washington, D.C., where he was inspired by environmental scientists who were part of the House Foreign Affairs Subcommittee on Asia and the Pacific. He returned to U.W. reinvigorated and refocused on attaining a degree in geology. A year and a half later he graduated from the University of Washington with a B.S in earth and space sciences with a focus on geology.

Immediately after graduating UW he moved to Hawaii to begin master’s work with Professor Clinton Conrad, focusing on modeling the lithospheric response to the Hawaiian mantle plume in order to constrain temporal variations in the plume’s material flux.  As a member of the science team during this Falkor cruise he will be focusing on acquiring and processing gravity data, and looking for previously unidentified volcanic centers and other unexplained subsurface geological features. Along with his studies he enjoys working with the Pacific Islander community to promote cultural awareness and higher education.