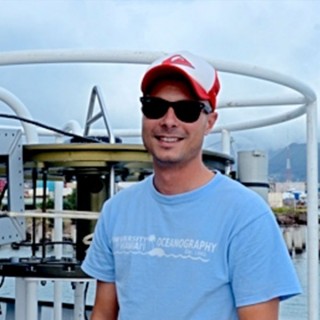 Giacomo Giorli is a Fulbright scholar from Italy. He was granted his B.S. degree in natural science at the University of Florence, Italy, in 2005 investigating the spatial distribution of bottlenose dolphins in northern Tuscany. In 2008, Giacomo earned his M.S. in conservation and management of natural resource at the University of Florence, Italy, after working on passive acoustic monitoring of cetaceans in the Ligurian Sea.

With the support of a 2009 Fulbright Scholarship, Giacomo is now a Ph.D. student in oceanography at the University of Hawaii at Manoa. He conducts his research on monitoring and foraging ecology of deep diving marine mammals using underwater acoustics at the Marine Mammal Research Program based at the Hawaiian Institute of Marine Biology in Kane’ohe, Hawaii.