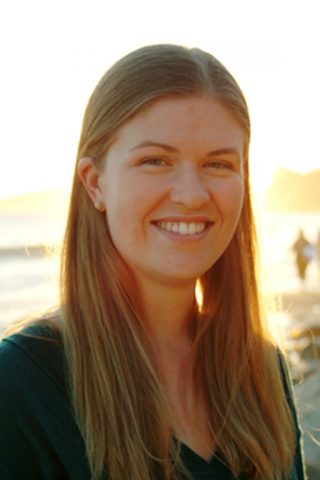 Emma is a biological oceanographer who studies how marine bacteria and archaea consume dissolved organic matter (DOM), the molecules such as proteins and sugars found in seawater.  She has a PhD from the University of California, Santa Barbara, and is currently a postdoc at the University of Montana. On this cruise, she will investigate possible changes in DOM metabolism over the width of an eddy by setting up a series of experiments to measure bacterial growth.  She will characterize bacterial use of both the natural DOM in the eddy and a concentrated addition of DOM from model phytoplankton species commonly found in the North Pacific Subtropical Gyre.