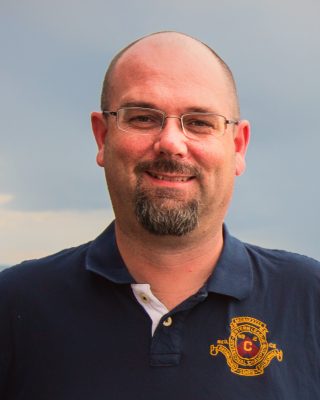 Dr. Brendan Roark is an Associate Professor in the Department of Geography at Texas A&M University. Brendan is a paleoceanographer whose research emphasis is in stable isotope biogeochemistry, trace metal analyses, and geochronology using radiocarbon and U/Th dating methods to study ocean and climate variability over the last 50,000 years. He has been doing research on reconstructing past oceanographic and climate conditions using biogeochemical signals measured in the skeletons of deep-sea corals for more than 15 years. In the course of this research he has worked with several ROVs, including Jason II and Deep Discoverer, the AUV Sentry, and done more 25 submersible dives with DSRV Alvin and Pieces IV and V in the Pacific Ocean, the Atlantic Ocean, and the Gulf of Mexico. One of the more interesting outcomes of this research is that he has demonstrated that some species of deep-sea corals can be extremely long lived; 2700 and 4200 years for Gerardia sp. and Leiopathes sp. respectively, and thus are unique archives of ocean water variability.