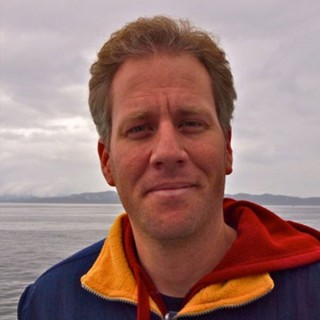 Ben Larson is a research scientist at the Joint Institute for the Study of the Atmosphere and Ocean at University of Washington. He originally majored in chemistry at The Ohio State University with an emphasis on laser spectroscopy. After spending his undergraduate years studying the tiny vibrations of chemical bonds in antiseptic vacuum chambers at temperatures near absolute zero, he was drawn to the world of deep-sea vents, where the temperatures are scorching, the pressures are skull crushing, and the interactions are of tectonic proportions.

He did his graduate study in oceanography at University of Washington, working on the development of an in-situ chloride sensor for studying phase separated fluids venting at temperatures in excess of 400°C. Upon graduating in 2008, he put his knowledge of multiphase flow to work at AltaRock Energy, a geothermal energy startup company based in Seattle. In 2010, he received a Ridge2000 postdoctoral fellowship and moved to University of Georgia to work on reactive transport models of biogeochemical processes in diffuse flow settings at mid-ocean ridges. While there, he also adapted multiphase computer modeling techniques from the geothermal energy industry for use in simulating the higher temperature-pressure conditions characteristic of focused flow discharge zones.

Dr. Larson returned to Seattle in 2013 to join Dr. Dave Butterfield’s fluid chemistry group and work with Dr. Julie Huber and the other members of the Moore Foundation project team toward a more integrated understanding of the Axial Volcano subsurface biosphere. This will be his 11th deep-sea research cruise, but the first one where he’ll have the opportunity to deploy his experience with in-situ sensors and geochemical modeling alongside such a diverse arsenal of technologies and expertise aimed at the ambitious goal of elucidating all components of a vent ecosystem.