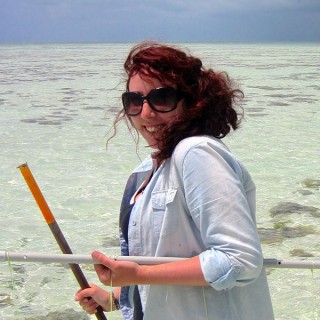 Belinda has a B.S. (Hons) in marine science (2011) from the University of Sydney, Australia. Her honours thesis focused on variations in coralgal assemblages and their palaeoenvironmental significance for the Holocene “turn on” of the Southern Great Barrier Reef. In 2012, Belinda began her P.hd. with a focus on drilling fossil reefs of the Great Barrier Reef, to better understand the evolution of Pleistocene and Holocene reefs and the palaeoclimatic conditions in which they grew.

Between her undergraduate and postgraduate work, Belinda has undertaken extensive research in sedimentology and stratigraphy, geochemistry (14C and U/Th dating), marine geology, and invertebrate biology, as well as sedimentary facies analysis, community ecology and taxonomy. Her areas of research interest include Quaternary reef/carbonate platform development and demise and abrupt paleoclimate change (sea level and oceanographic changes).