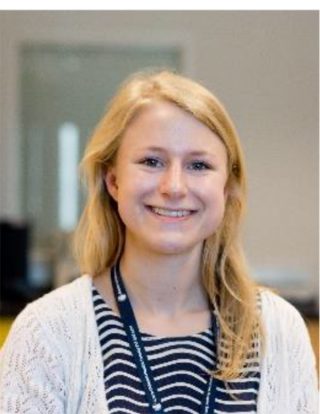 Anna Gauthier is currently pursuing her Ph.D. at Harvard University. Her research utilizes molecular biology to interrogate how the immune systems of aquatic animals interact with their surrounding microbial environment to promote host repair and defense. Specifically, on the R/V Falkor, Anna will be researching how the primordial immune systems of basal metazoans interact with bacteria of the deep sea.

Anna’s research career began at Saint Michael’s College in 2009 when she spent an intensive five months performing field research on endangered aquatic species in Bahia Magdalena, Puerto San Carlos, Mexico. In 2010, Anna was one of two Saint Michael’s students to receive the Hartnett Research Grant to join the laboratory of the late Dr. Douglas S. Green where she studied the trade-off hypothesis in host-pathogen interactions. In 2011, Anna graduated magna cum laude from Saint Michael’s and received her Bachelor of Science degree in Biology. She was inducted as a member of Phi Beta Kappa, Sigma Xi, Delta Epsilon Sigma, and the St. Michael’s Honor Program.

Since receiving her Bachelor’s degree, Anna has been involved in a variety of research projects, both as a research technician and as a laboratory manager. She worked as a research technician at the University of Vermont Medical School from 2011-2013, and as a technologist and laboratory manager at Boston Children’s Hospital from 2013-2015 with Kagan. Anna began collaborating with Rotjan while applying to graduate school in 2015. During this time, she demonstrated it is possible to isolate immune cells from animals in the field and test them experimentally in the laboratory. While beginning her graduate studies at Harvard, Anna was accepted to be a graduate student research intern with Rotjan (then at the New England Aquarium, now at Boston University). During this internship, Anna demonstrated that aquatic animals have unique immune receptors that interact with the microbial world. This line of research serves as the foundation of her doctoral studies at Harvard, where she is now fully working in the laboratories of Dr. Randi Rotjan and Dr. Jonathan Kagan.

Outside of lab, Anna enjoys traveling, yoga, and spending time with family, friends and her dog, Benji.