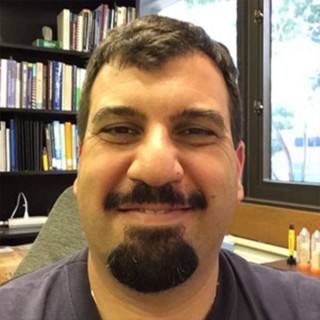 Dr. Angelos Hannides is a marine scientist with broad-ranging research interests, varying from benthic ecosystem function, to coastal and deep-sea biodiversity and biogechemical benthic-pelagic coupling. Dr. Hannides has worked on the interaction of chemical conditions and biological processes in marine sediments, as well as other marine habitats including the euphotic zone, river-ocean margins, estuaries, hard substrate communities, coral reefs, and deep-sea chemosynthetic habitats.

Dr. Hannides current research interest is in permeable reef sands (such as those found in Hawaii) and organic matter cycling controlled by the physical and chemical environment. He is also contributing to the development of a European-wide glider fleet by promoting the development and effective use of bigoeochemical sensors for gliders. Dr. Hannides aspires to use glider infrastructure to better understand how the eastern-most part of the Mediterranean and Levantine Sea functions and maintains one of the most oligotrophic environments, despite being surrounded by land.