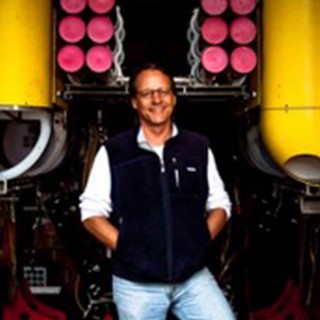 Andy Bowen has been involved in the rapidly changing world of remotely operated vehicles for over 20 years. Trained as a mechanical engineer, he joined the Institution in 1985 as a member of Dr. Robert Ballard’s team at the Deep Submergence Laboratory where he quickly became involved in the design of Jason Junior. After a successful survey of the Titanic by Alvin and Jason Jr., work began on the design of the Jason vehicle. Mr. Bowen assumed responsibility for the Argo Jason development program in 1988. As the only remotely operated vehicle design specifically for scientific operations to 6000 meters depth, Jason has now become part of the National Deep Submergence Facility (NDSF) maintained and operated by WHOI. As Director of the NDSF, Mr. Bowen’s present challenge is to facilitate wider acceptance and understanding by the scientific community of robotic systems as research tools while advancing the human occupied submersible program ALVIN . Mr. Bowen has supervised a wide range of development projects include design of Jason II, a new scientific ROV with enhanced capabilities. His present development programs include the hybrid robotic vehicle Nereus, intended to dive to a maximum depth of 11,000 meters.