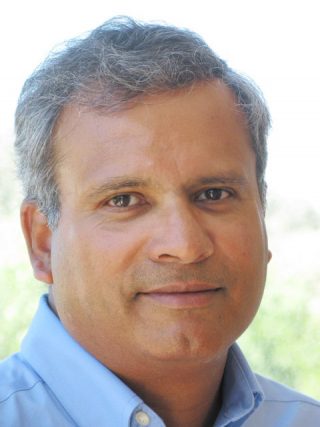 Kanna Rajan is Professor of Autonomous Systems at the Norwegian University of Science and Technology and a Visiting Professor at the Univ. of Porto, Portugal. His focus has been on building complex systems in software for decision-making for real world environments including for the harsh confines of space and the deep ocean. He was a principal of NASA’s 1999 Deep Space One Remote Agent which designed, built, tested and operated an AI-based closed-loop controller 65 Million miles from Earth. His contribution was in the design and implementation of the first planning/scheduling system in space.

In 2004 he was the Principal Investigator of the MAPGEN controller, the longest running AI-based system to date, which continues to command/control the Opportunity rover on the surface of Mars to this day. He is the (co)recipient of the 1999 NASA Software of the Year Award, 2002 NASA Public Service medal and the 2004 NASA Exceptional Service medal among others honors.

In 2005 he moved to MBARI in California and has since focused exclusively on bringing autonomous systems technologies towards systems and tools which can enable scientists to study our rapidly changing oceans. In this context he has been working closely with technologists, physical and biological oceanographers and experts in Sampling and remote sensing.

Working with Joao Sousa in Porto and Tor Arne Johansen in Trondheim, Kanna is focused on integrating oceanographic observations across space and time with Small Satellites, aerial, surface and underwater vehicles looking at the same patch of the ocean at the same time.