Over the past couple of days, I have put together an efficient workflow to convert the raw sonar data files from the multibeam sonar scanner to tool paths used by the computer numerical control (CNC) machine to cut into foam.

The data from the multibeam is converted to an XYZ point cloud file, which is imported into MeshLab, an open source software used to create, edit and export 3D mesh surfaces and models. MeshLab can convert the point cloud into a .stl file or mesh that can be imported into Autodesk Fusion 360. Fusion is used to generate the tool path for the CNC machine. 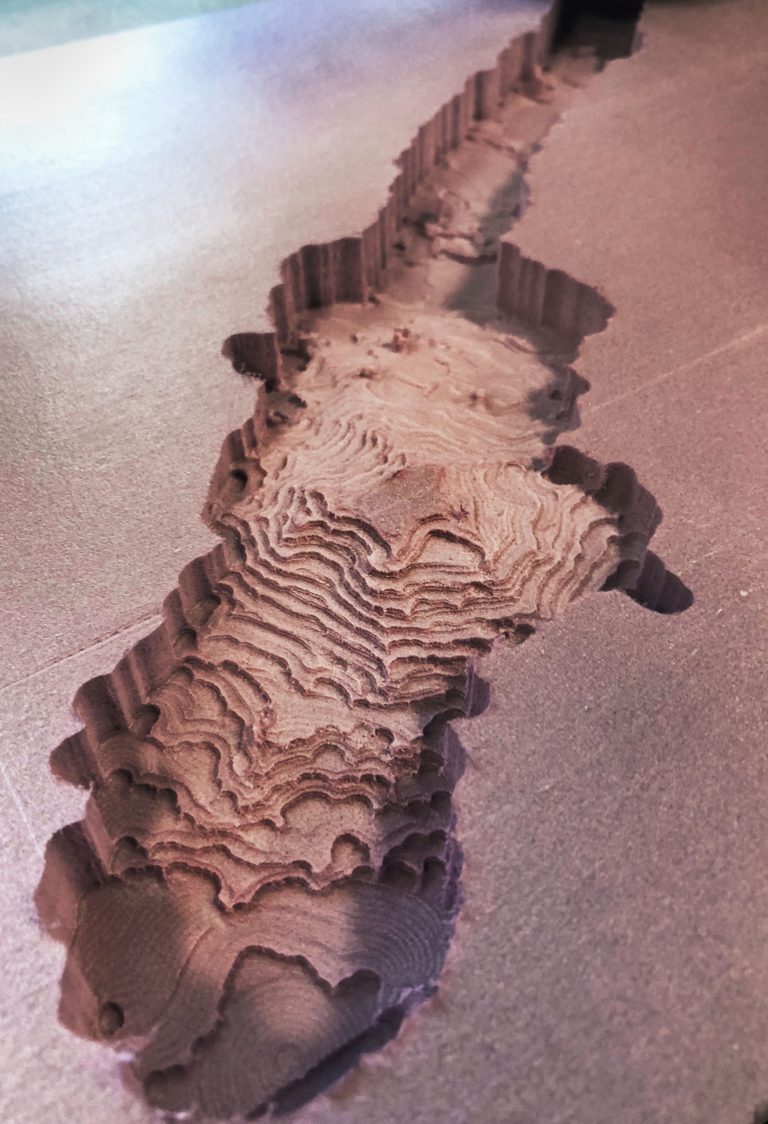 Data in Depth
I have made several carvings using this method during my time aboard R/V Falkor, and I will continue to produce more until the end of the transit. The data are quite detailed, and this amount of detail produces complex, intricate carvings of the ocean floor. My goal now is to create a sculptural installation using the sonar data collected during the entire transit. The models will result in a scaled, long, thin ribbon of the ocean floor topography that passed underneath Falkor during the transit. 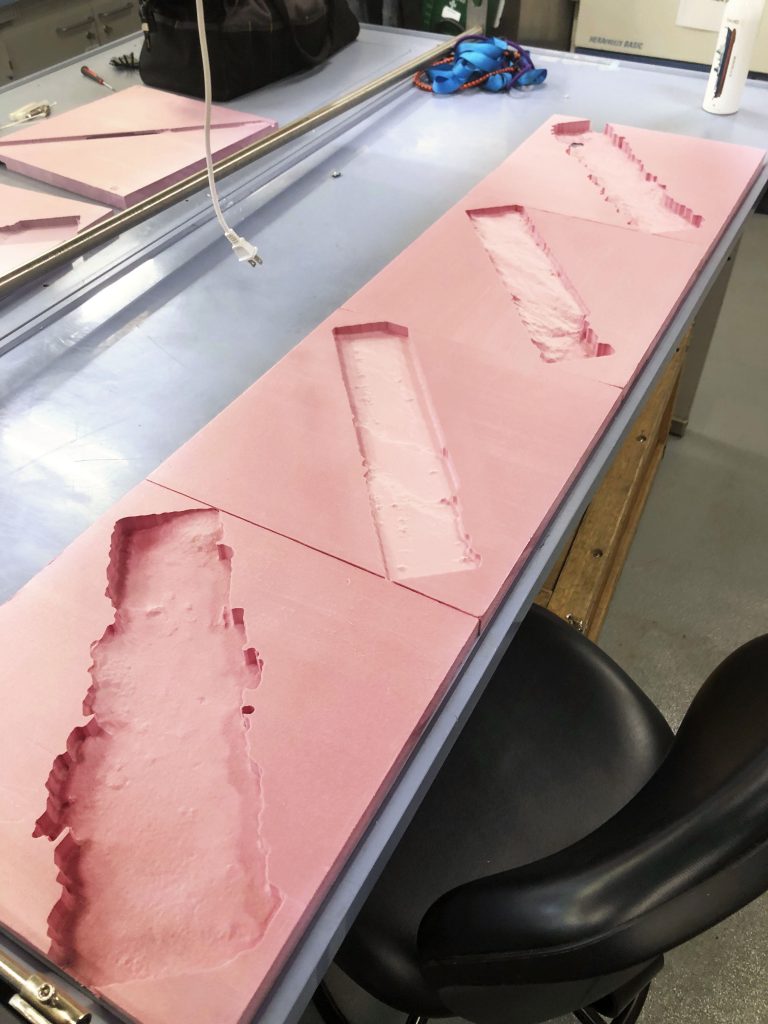 It has been an incredible journey so far. Thank you to the entire crew of Falkor for being so generously helpful, resourceful and accumulating with everything prior to and during the transit. What an amazing experience! 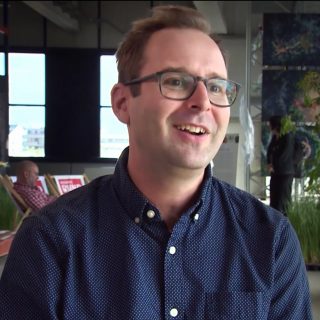