My experience with the Schmidt Ocean Institute was very valuable. I used the program as an opportunity to experiment with computer based animation, something I had been meaning to do for a long time, but didn’t have a project to focus on.  The missions of the Falkor crew and the ROV SuBastian team were so interesting and visually captivating, it was an easy focal point to tell a short story via animation.  The challenge was to simplify a very complicated scenario, which again made it a perfect fit for my budding animation style.  I spent two weeks onboard Falkor shadowing the ROV engineers to better understand the goals of the ROV integration and mobilization. 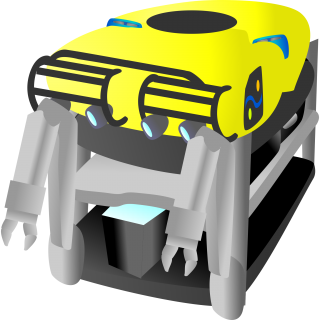 Using my iPad, I created drawings of the ship, ROV, and marine species using a ‘tweening’ technique to animate drawings.  This allows for a speedy animation and for smooth movement.  Using the iPad software, I was also able to show via time lapse video the process of my drawings.  These before and after comparisons have also increased my knowledge of the ROV components and their uses. Having been a caricature artist for years using a marker on paper, the caricatures of the ROV team were relatively easy to create, after some challenging experiments on the software.  I will use these newly acquired skills to produce customized animations to customers on Guam. 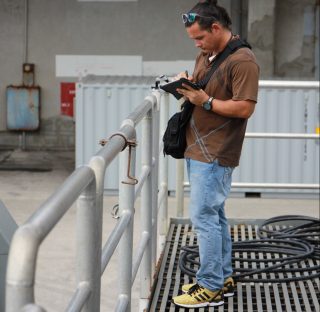 My time on board allowed me to better understand Schmidt Ocean Institute, the goals and daily routine of the crew, and all about the ROV, including its form and movement which was helpful for the animation.  I learned from the engineering team while in port, having them describe the hydraulic arms on the ROV and how they move, the A-frame and docking head system, the logistics of the ROV’s movement in the water, and it’s method of sample collection.  The team was very friendly and cooperative, and were able to explain the information to me in a manner I could understand.  I was deeply impressed by the team’s dedication to science and sharing of ideas, and the experience gave me a deep appreciation for science, engineering, and oceanic exploration.