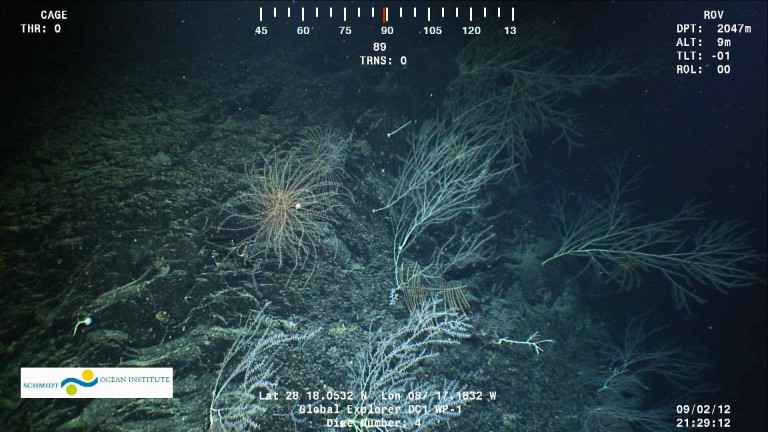 Remotely Operated Vehicle (ROV) Global Explorer dove today to the deepest point yet on this expedition, on a site called ‘DeSoto Canyon’. At a depth of 2100 meters, the vehicle successfully navigated to the exact location visited previously by NOAA ship Okeanos Explorer. The team shot 3D video, collected water, animal and push-core samples, and … Continued 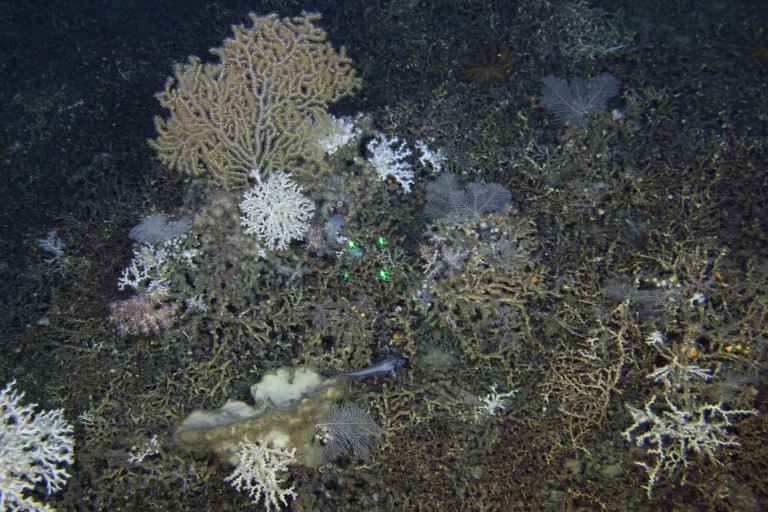 Today was our second full dive day along the West Florida Escarpment, at a site consisting of two distinct mound features about 580 meters deep and 60 km north of yesterday’s dive on Okeanos Ridge. During the dive, the research team discovered another newLophelia aggregation, the second one so far, and they were able to … Continued 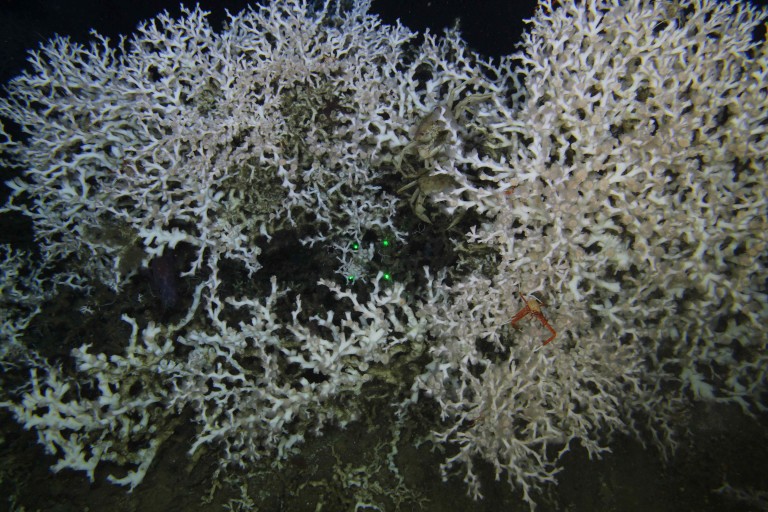 Remotely operated vehicle (ROV) Global Explorer MK3 successfully completed its first full dive this afternoon. The vehicle explored the seafloor to a depth of 600m at a site now called ‘Okeanos Ridge’, a feature that was mapped by the NOAA vessel Okeanos Explorer in April this year.  This seafloor area has never been explored. The … Continued 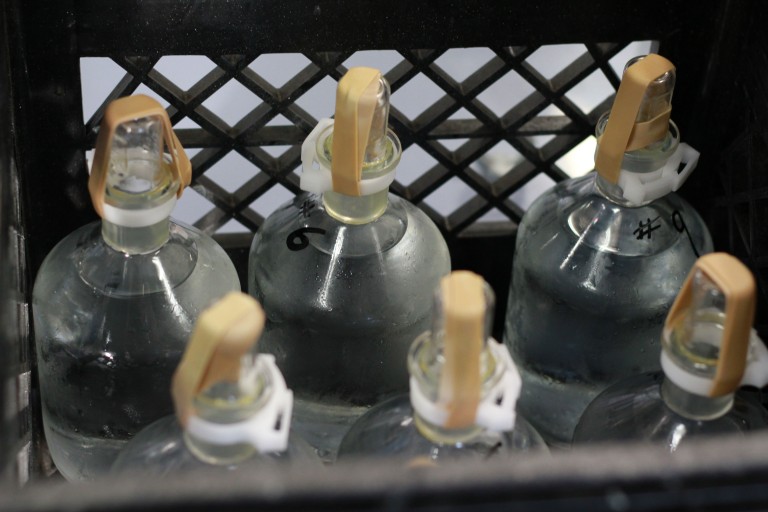 This morning, R/V Falkor stopped at a deep-water site on the way to the first dive site, Okeanos Ridge, in order to deploy a CTD-rosette. CTD stands for conductivity-temperature-depth sensor. The instrument derives salinity from conductivity, depth from pressure, and temperature from an electrical thermometer. The ‘rosette’ configuration has 24 bottles associated with it, called … Continued 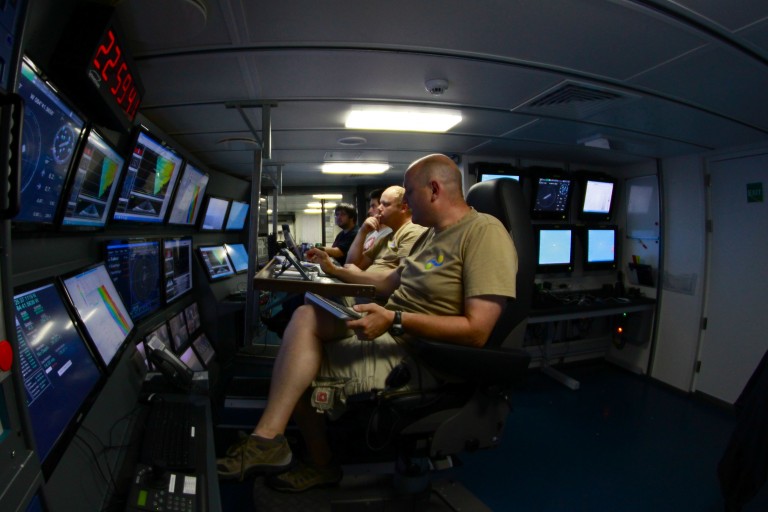 The R/V Falkor arrived near the dive site last night, but seas were still too heavy to launch instruments over the side. In an effort to use the ship’s resources wisely, the research team immediately started multibeam mapping with the Kongsberg EM302 and EM710. This equipment is being put to test in new terrain. The team … Continued 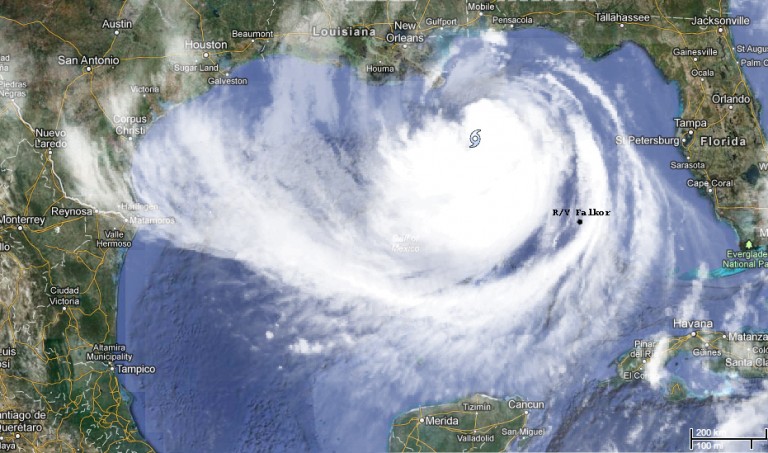 Two action packed days have passed since the Falkor left port on Saturday evening. Despite a shifted storm track, the ship remains outside the most severe weather associated with Tropical Storm Isaac. The ship is currently ‘sneaking up’ behind the storm and heading towards the first ROV dive site, having avoided the storm’s track over … Continued 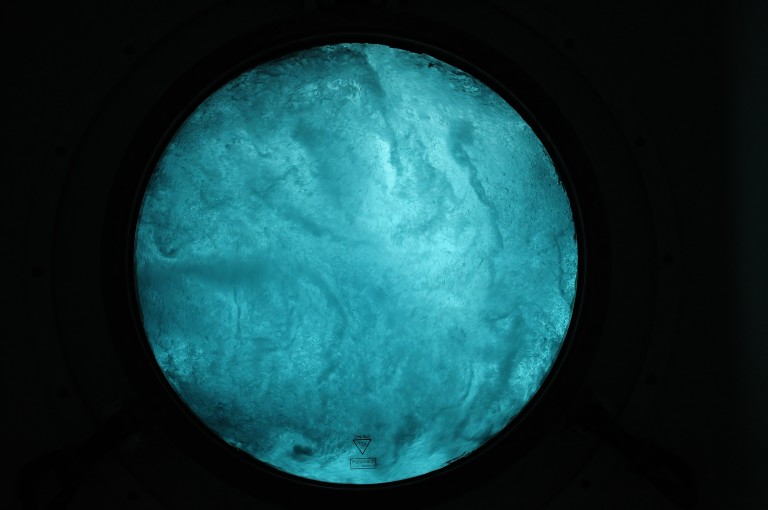 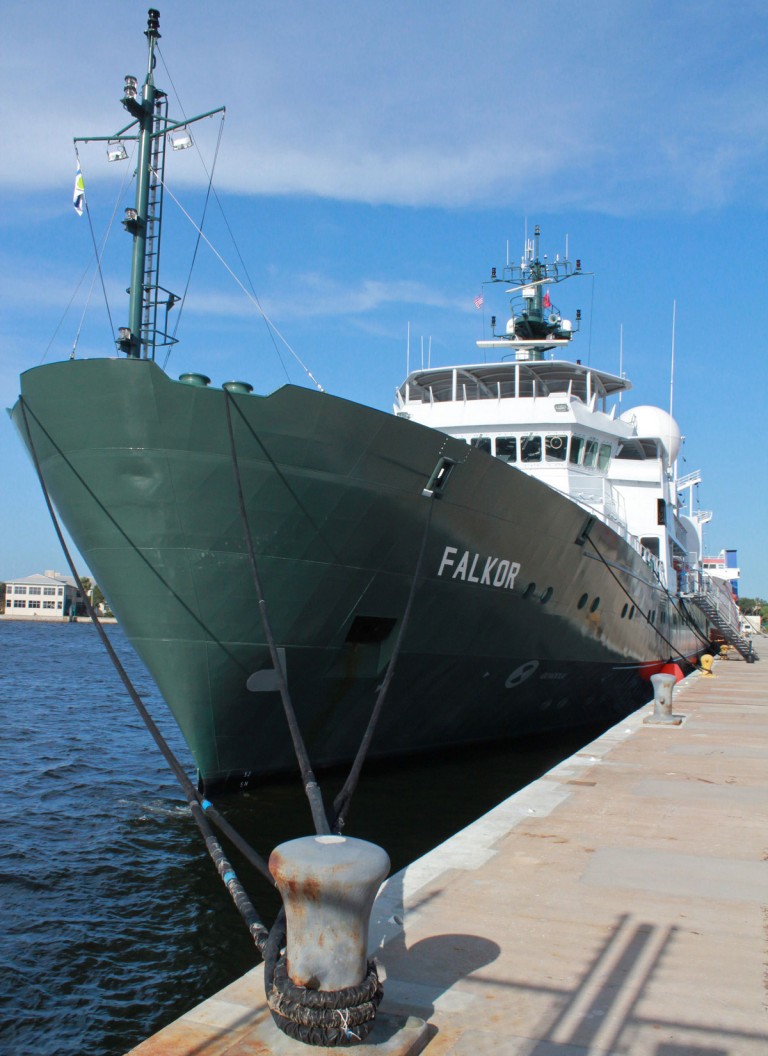 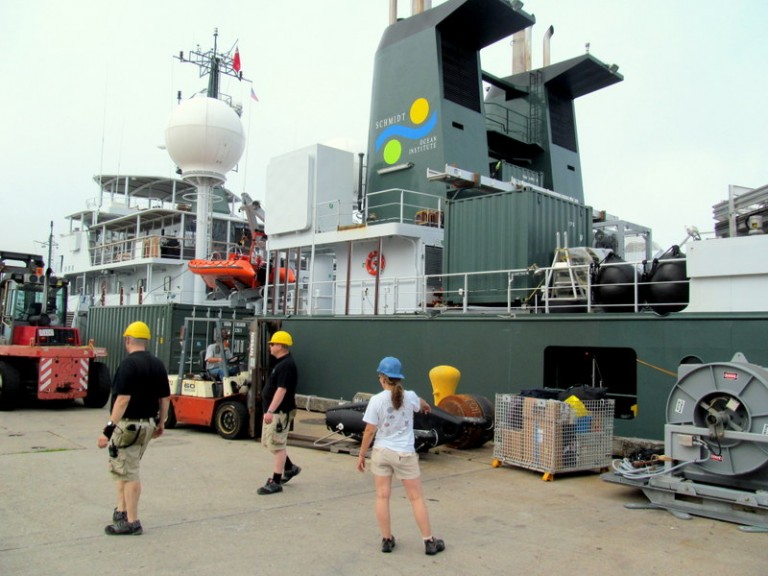